Now, your child is maturing, and with your assistance, he or she is creating great dental hygiene practice that makes you pleased!

Your youngster is already brushing their teeth, using the paste, and flossing, but what about mouth rinse? When is the best time to start taking mouthwash? Is mouthwash even suitable for kids?

Here’s all you need to understand about children’s mouthwash!

Mouthwash is often suggested for both teenagers and adults. Following brushing and flossing, mouthwash is good for removing any lingering germs or particles.

Did you realize that brushing your teeth only reaches 25% of your oral cavity? Utilizing an antibacterial wash as the final step in your oral hygiene regimen is an effective approach to disinfect your mouth and reach areas that your toothbrush cannot reach.

Is it important for young toddlers to use mouthwash? No, mouthwash can be detrimental to young children.

It is advised that you pause until your child is 7 or 8 years old (depending on his or her maturation) before introducing mouthwash into his or her daily regimen. It might be hard to grasp the notion of gargling mouthwash and then spitting it out before the age of seven.

Small toddlers are susceptible to ingesting mouthwash, which might jeopardize their wellbeing. Swallowing mouthwash containing alcohol or fluoride might result in developmental issues.

As a standard guide, wait until your child is at least 7 years old before exposing him or her to the realm of mouthwash. Evaluate if your youngster is prepared for mouthwash using your common sense.

Even so, you should attach great importance to the mouthwash formula you select.

Is it true that all mouth wash compositions are suitable for children?

It’s not like all mouthwashes are suitable for children. Before selecting a mouthwash composition, two frequent elements to consider are ethanol and fluoride.

Even though fluoride is good for building tooth enamel, it is preferable to wait until your child understands how to correctly spew out mouthwash before selecting a fluoride-containing formula. 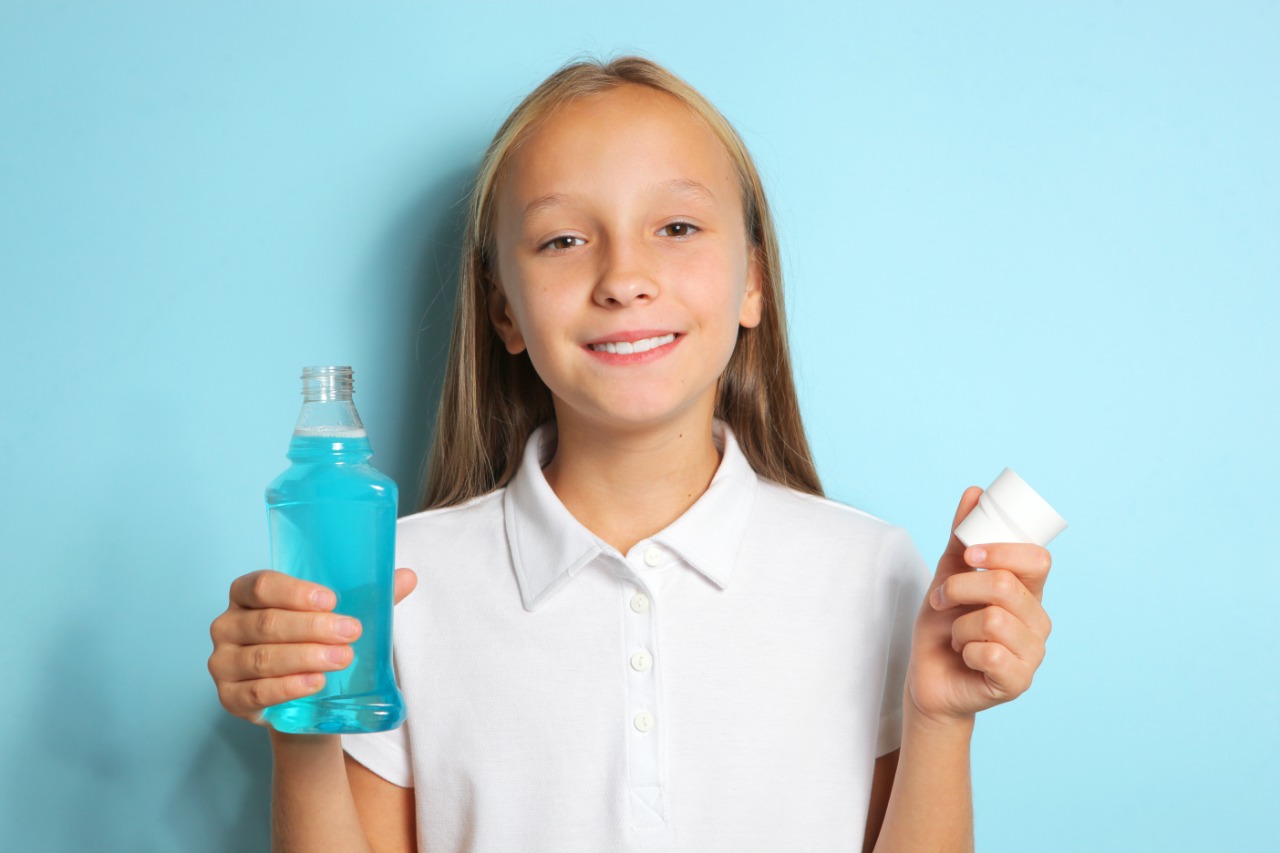 Fluorosis is a pediatric ailment caused by a youngster swallowing too much fluoride. Because of its capacity to maintain and build the enamel, fluoride is an important element in many types of mouthwash. Too much fluoride consumption at a young age might lead to chronic white spots or discoloration of the teeth.

Alcohol is also present in several antimicrobial bottles of mouthwash. These mouthwashes must be shunned by people of all ages! When a youngster consumes mouthwash, it can create developmental difficulties, hinder physical growth, and produce a variety of symptoms such as vomiting or trouble breathing.

Alcohol is harmful at any age. This abrasive substance alters the normal pH of the mouth, dries it out, and can aggravate pre-existing symptoms or disorders.

Any mouthwash containing alcohol is not suitable for young children, and it is recommended to avoid fluoride. A fluorine anti-cavity mouthwash is an excellent suggestion after your child understands the concept of throwing out the mouthwash and you feel at ease with them using it! 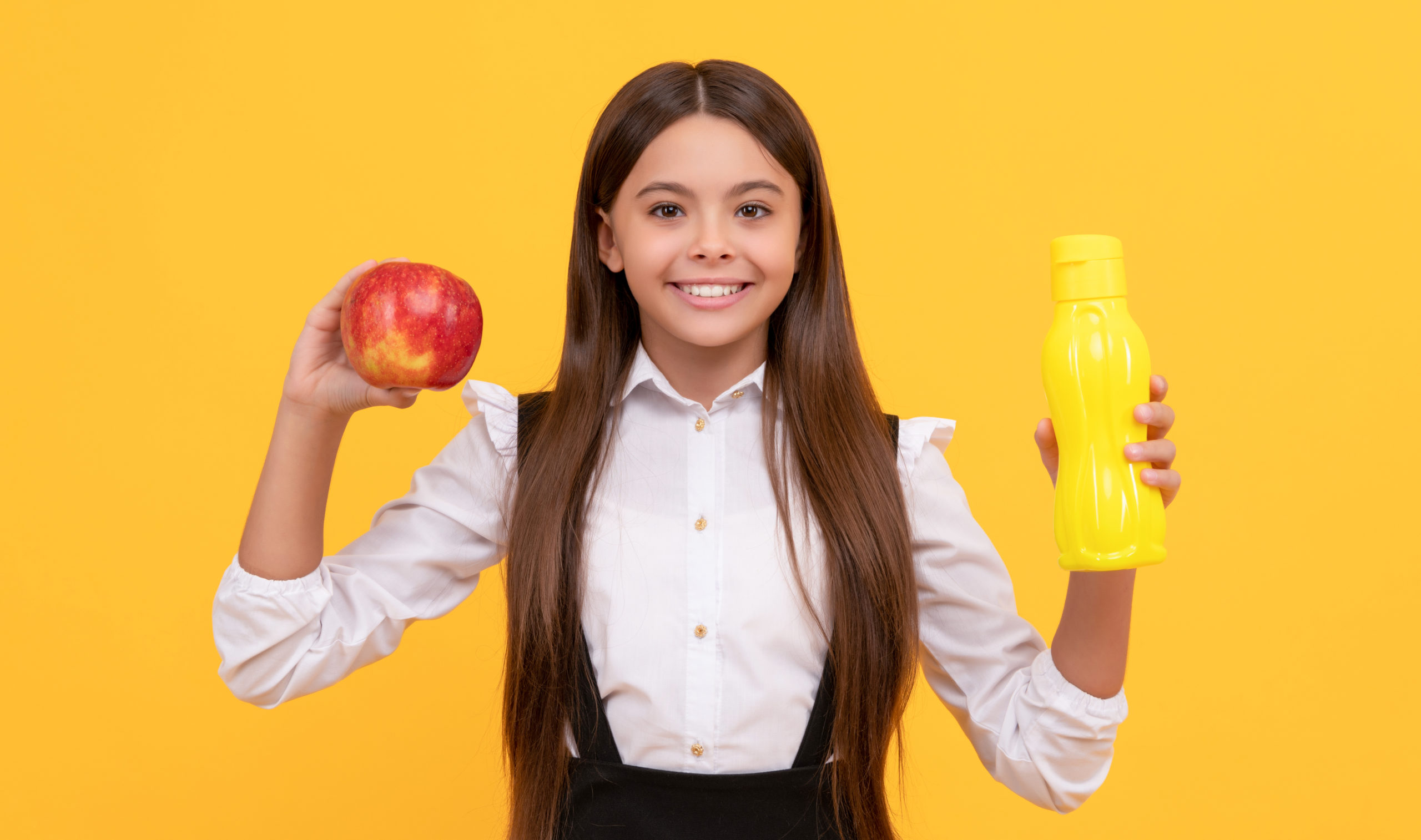 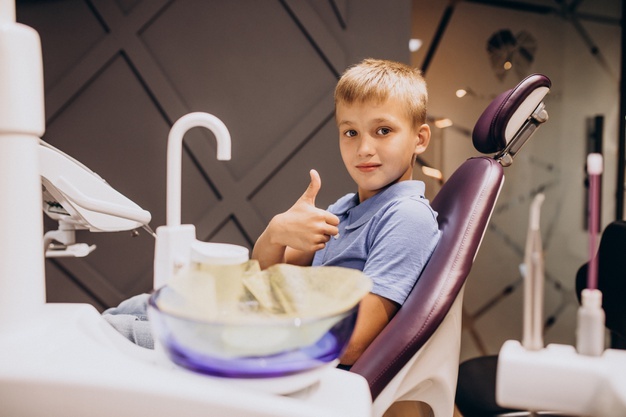